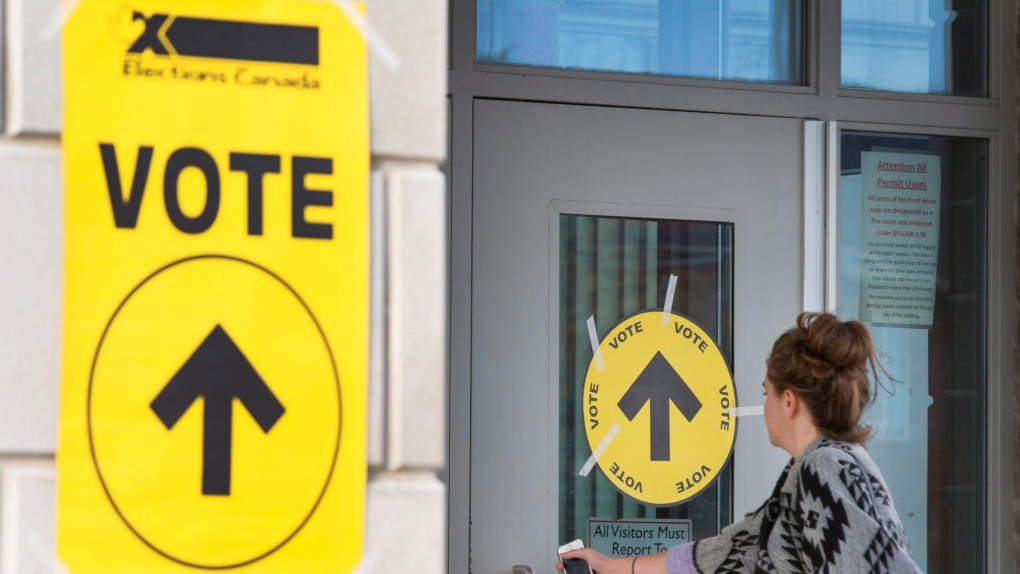 A woman enters Maple High School in Vaughan, Ont., to cast her vote in the Canadian federal election on Monday, Oct. 19, 2015. (THE CANADIAN PRESS/Peter Power)

OTTAWA -- Changes to how federal elections are run, governed, and monitored come into effect on Thursday, meaning there will be new rules in place before Canadians head to the polls this fall.

The changes are a result of Bill C-76, the Elections Modernization Act, which the Liberals passed back in December 2018. It made wide-spanning adjustments to Canada's election laws, including new limits on third-party and foreign participation, and campaign spending, while also aiming to boost accessibility and voter participation.

Here is a rundown of some of the changes and what they mean for you.

The bill also makes multiple changes aimed at eliminating foreign interference and enhancing privacy obligations of political parties, including banning any foreign entities from spending money to influence elections, prohibiting organizations selling advertising to knowingly accept elections ads from foreign actors, and requiring political parties to have publicly available policies on the protection of personal information that details how and what information the party collects, how the information is used, and under what circumstances it may be sold.

The next federal election is scheduled for Oct. 21.