'We like to fall in love': Which federal party will win over the fickle Quebec voter? 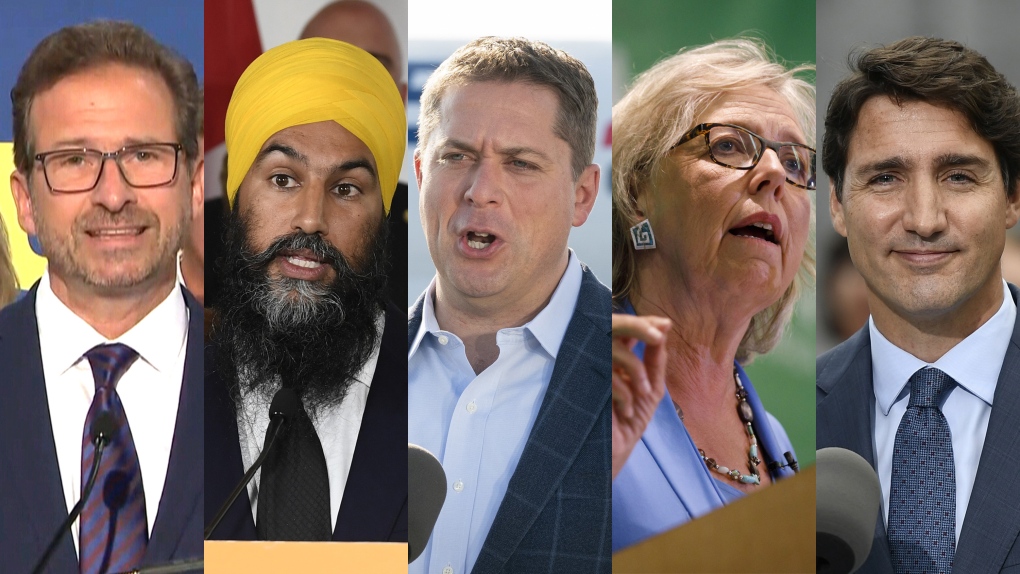 The Coalition Avenir Quebec government continues to enjoy broad support among Quebec's francophone majority, as do the government's recent moves to cut immigration and limit the rights of religious minorities in the name of protecting Quebecers' language, culture and identity.

Conservative Leader Andrew Scheer and Bloc Quebecois Leader Yves-Francois Blanchet are targeting these nationalist voters, and both promise their members would defend the Coalition party's policies in Ottawa.

And yet it's the Liberal party, led by the unabashedly pro-immigration, pro-multiculturalism Justin Trudeau, that sits atop the polls in the province -- by a large margin. However, analysts say that Liberal support is fragile, because Quebec voters are notoriously fickle when it comes to federal politics.

The fight for Quebec's coveted 78 seats will turn on whether Trudeau's personal popularity can stop voters from switching to the two parties trying hardest to tap into the nationalist sentiment that propelled the Coalition to power, pollster Jean-Marc Leger said.

"There is a battle between the Conservatives and the Bloc for who can better defend the nationalist voters and the Coalition Avenir Quebec government," Leger, president and founder of the Leger polling company, said in an interview as the campaign got underway.

The Bloc and the Tories have repeatedly stated over the past week they wouldn't do anything to jeopardize Quebec's secularism law, known as Bill 21. The law prohibits some public sector workers, including teachers and police officers, from wearing religious symbols at work.

They took turns hammering Trudeau for not pledging to do the same. The Liberal leader was dogged by questions about whether his party, if re-elected, would participate in a judicial challenge to the law.

Trudeau said his government might intervene, but at the moment such a move would be "counter-productive." But it was the other part of his answer that reflected his party's bet that Quebec voters know him, like him and will overlook his stance against the secularism legislation.

"I think Quebecers know full well ... that I disagree with Bill 21," he said on a campaign stop. "I don't think in a free society we should be limiting fundamental rights or allowing discrimination to happen. This is something core to my values."

Trudeau's been here before.

Mulcair has stated he thinks his stance on the niqab helped crush his party's chances in Quebec. The NDP fell to third place after the 2015 election and its vote has since collapsed in the province. The party is currently polling in fifth place in Quebec, behind the Greens.

That same position didn't seem to hurt Trudeau, whose party went on to win 40 of Quebec's 78 seats and a majority in Parliament.

But four years later, politics in Quebec are far more tinged by a nationalist sentiment -- which the Bloc is trying to exploit.

Daniel Weinstock, a McGill University law professor who studies the governance of liberal democracies, said the Bloc "has hitched its wagon" to Quebec's government. The Coalition party continues to enjoy "stratospheric support" among Quebecers, Weinstock said in an interview.

Leger agreed. "The party that represents the current government in power in Quebec the most is the Bloc -- that's not an accident," Leger said. "They want to be the CAQ's spokespeople in Ottawa."

Leger added that the 40 per cent support the CAQ received in the 2018 provincial election is up for grabs in the federal election.

On Sunday, NDP Leader Jagmeet Singh was in Sherbrooke, Que., promising new powers and funding for Quebec -- and dangling the possibility of constitutional reform -- in a bid to revive the so-called orange wave of 2011. But with a Leger poll putting the party at six per cent in Quebec on the eve of the election, he has a steep climb ahead of him.

The Bloc, on the other hand, is in what Leger calls the political "sweet spot." Every percentage point they gain in the polls translates to more seats, due to the way their votes are distributed across the province, he said.

And while the Bloc and Tories are fighting it out, especially for seats outside Montreal and Quebec City, the potential vote split could allow the Liberals to come up the middle and take those ridings.

Weinstock pointed out Quebecers often vote in blocs at the federal level -- and those blocs have swung wildly from one election to another.

In almost every federal election for the last 100 years, one party -- be it the Liberals, the Bloc Quebecois, the NDP or the Progressive Conservatives -- has won a large plurality of the province's seats.

In contrast to other Canadians, Quebecers "vote more for people than for parties," Leger said. They are looking to connect with a leader.

"We like to fall in love," Leger said, adding that a good number of Quebecers still have love for Trudeau.

The latest Leger poll, conducted Sept. 6-9 and published Sept. 11, indicated 37 per cent of voters in the province support the Liberals. Conservatives came in second with 22 per cent and the Bloc close behind at 21 per cent.

Andrea Perrella, a professor in the political science department of Wilfrid Laurier University, said Quebecers tend to be less attached to federal political parties than other Canadians are.

"It may take more to mobilize Canadians elsewhere," said Perrella, who is also a senior member of the Laurier Institute for the Study of Public Opinion and Policy. "But in Quebec, it takes a couple of salient appeals by the party and its leader."

Quebec -- at the moment -- may be the Liberals' to lose, but Leger said his polling indicates they have cause for concern. While Quebecers still feel an attachment to Trudeau, they can't point to many of his accomplishments.

"The issue is that when you ask Quebecers what the Liberals have done in four years, other than marijuana legalization ... they can't really name other things," he said.