Wilson-Raybould should use social media to amplify her voice as Independent: experts 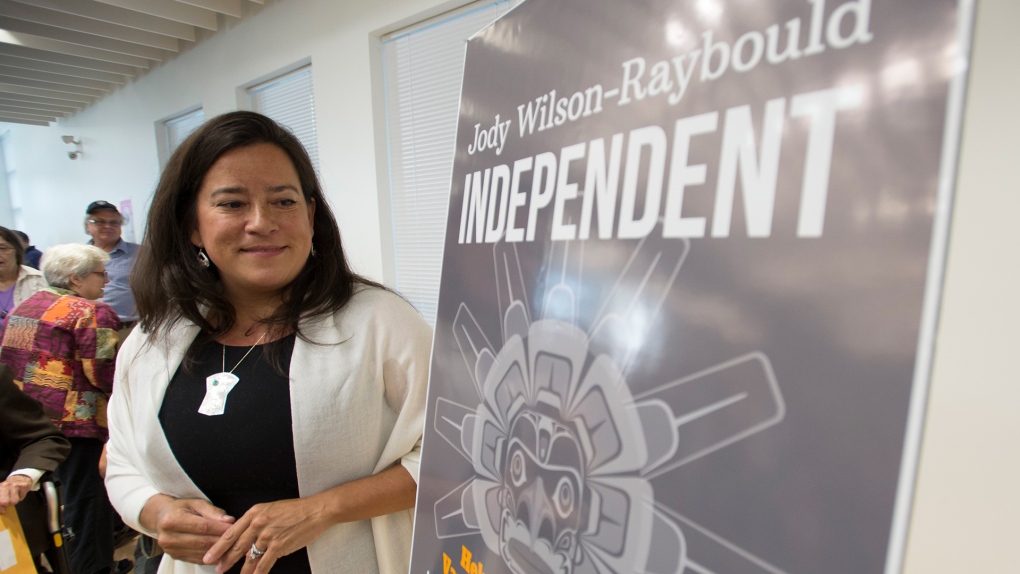 Jody Wilson-Raybould announces that she will run as a independent in the fall election during a news conference in Vancouver, Monday, May 27, 2019. THE CANADIAN PRESS/Jonathan Hayward

VANCOUVER -- In the early years of Confederation, there were members of Parliament known as "loose fish," who floated free from parties but swam back and forth between allegiances.

In 1945, a cohort of Quebec Liberal MPs ran as Independents to protest prime minister Mackenzie King's unpopular policy of conscription.

But being an Independent has never been easy. At least 93 MPs have sat solo in the House of Commons, but the vast majority were originally party members. Few have won elections as Independent candidates and even fewer wielded any power.

The most successful solitary legislators have been those capable of capturing public attention, since actually establishing policy is nearly impossible, said John English, founding director of the Bill Graham Centre for Contemporary International History. But this isn't necessarily bad news for Jody Wilson-Raybould, the latest MP to sit as an Independent in the Commons.

"Now in the age of social media, you have more ways you can amplify your voice. Secondly, if you have an established reputation, as Wilson-Raybould certainly has, she will attract attention," he said.

Wilson-Raybould, who was ousted from the Liberal caucus amid the SNC-Lavalin scandal, recaptured her riding of Vancouver Granville as an Independent in Monday's federal election. She has cited electoral reform and Indigenous reconciliation as priorities and promised to "do politics differently."

However, there's no doubt she faces hurdles as an Independent MP. They are banished to a back corner of the House of Commons and are rarely called upon during question period. They lack the money and infrastructure that parties provide and can't sit on committees, where the majority of the work gets done.

Wilson-Raybould did not respond to requests for comment Tuesday but in an interview before the election she listed a few ways she believed she could reach her goals in Parliament. She said she would participate in a lottery for private members to introduce bills and work with other MPs on their bills.

"I believe that it is important that we look at the nature of politics and how decisions are made," she said. "I think that members of Parliament should not be responsible to the prime minister or their party leader or unelected people in the Prime Minister's Office."

English said he's curious to see whether Wilson-Raybould ultimately ends up rejoining the Liberals, perhaps after Justin Trudeau's tenure as leader ends, or whether she replaces Elizabeth May as head of the Green party in the future.

It's not unheard of for Independents to find their way back to parties, he noted, as in the case of former Nova Scotia MP Bill Casey, who was booted from the Conservatives in 2007 then ran successfully as an Independent in 2008. He resigned amid health issues the next year and won as a Liberal in 2015 before retiring this year.

Casey said he really enjoyed being an Independent because he was able to vote based on what was best for his riding rather than the party. Independents have the same budget, office size and access to research as other MPs, apart from party research, he added.

"The only thing you're missing is that you're alone. There is no group to sit down with about this policy or that policy," he said.

Independents must share a portion of questions a week in question period but Casey said he found he had plenty of opportunities to speak. Not being on committees also meant he had more time to work on constituency issues, he added.

He recalled that he sat in the back row but had productive non-partisan conversations with his seatmates, a young Liberal backbencher named Justin Trudeau and NDP MP Don Davies.

He also said the public shouldn't dismiss the power of private member's bills, noting he passed two such bills while a Liberal and a Conservative, respectively.

Casey added that he admires Wilson-Raybould and expects she'll be effective as an Independent MP.

"You're not as effective as if you were in a party. She was a minister and that is a powerful position in this country. I still think she'll be effective and she'll bring good ideas to the table."

At least one Independent has wielded influence in a minority government, pointed out Sanjay Jeram, a senior political science lecturer at Simon Fraser University.

Chuck Cadman, a Canadian Alliance MP from Surrey, B.C., lost a nomination challenge for the merged Conservative party in 2004 but successfully ran as an Independent. He then held significant power in the Liberal minority government and his vote in favour of the 2005 budget saved Paul Martin from defeat.

"The stars had to align for him to matter," Jeram added. "It's not as if he initiated legislation or had any role in development but he just ended up playing a crucial role simply by the mathematical numbers."

The Liberals won 157 seats in Monday's election. If their legislation is backed by the NDP, with 24 seats, or the Bloc Quebecois, with 34 seats, a minority government will be viable without Wilson-Raybould's single vote, Jeram said.

At the same time it appears she's open to working with the government on bills, so it wouldn't be surprising if fences were slowly mended between the Liberals and their former justice minister, he added.

"I think the Liberals would be wrong to completely put that off the table, especially when it comes to their Indigenous file," he said.

Wilson-Raybould still has a high profile and it would be wise for her to use it to draw focus to issues she cares about, Jeram added.