With one week left to nominate candidates, Liberals have farthest to go 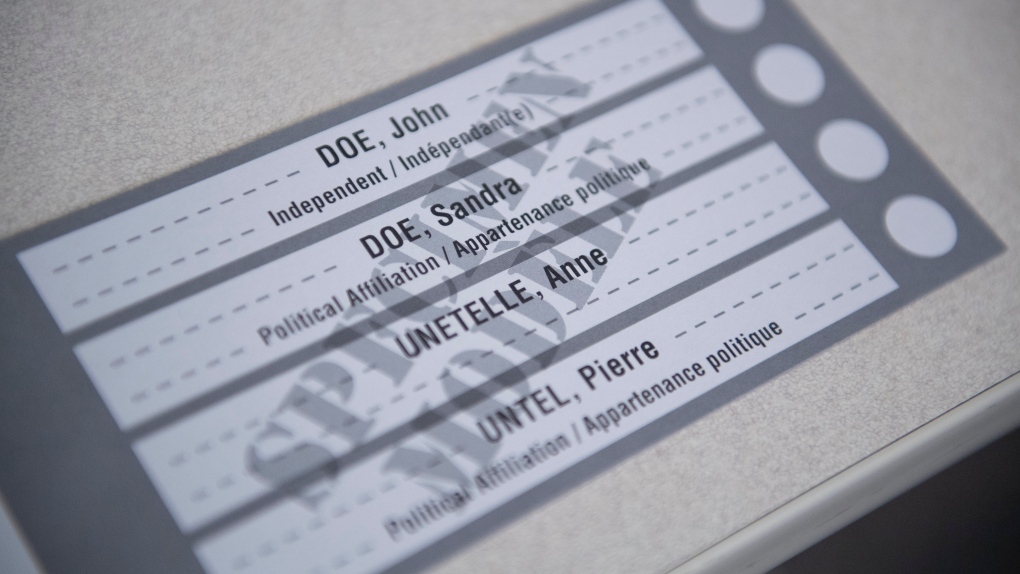 A sample ballot is seen ahead of the 2019 federal election at Elections Canada's offices in Gatineau, Que., Friday, Sept. 20, 2019. THE CANADIAN PRESS/Justin Tang

OTTAWA -- With a week left before Elections Canada's filing deadline for candidates to be nominated, all major parties are nearing or have full rosters but the Liberals have the most candidates left to name, while the NDP are leading on the percentage of women running.

Elections Canada's nomination deadline for candidates to appear on ballots is 2 p.m. local time, 21 days before election day, so there is still time for each party to fully flesh out their lists and potentially boost the representation within their ranks.

Each party is keeping different demographic metrics for their candidates. When asked to share what statistics they were tracking, here's how each responded, with seven days to go to finalize the names and faces that will represent them in the 338 ridings across Canada.

The Liberals have 322 candidates nominated, after confirming an additional 17 people since the federal election was called. That leaves 16 ridings left to name a contender.

Of those, 125 candidates, or 37 per cent, are women. The party was not able to provide CTVNews.ca with the candidate breakdowns for LGBTQ, Indigenous, or people of colour by deadline.

The Conservatives, despite being the first to have a full roster as of the day the election was called, are now at 337. The party is still in the process of nominating a replacement candidate in Winnipeg North after their initial pick stepped down when the party discovered discriminatory posts they said he withheld during his vetting process.

According to the party, 106 candidates, or 31 per cent, so far are women -- the best the Conservatives have done on that metric.

The NDP needs to nominate 10 more candidates, with 328 named as of today, and nine others awaiting confirmation.

According to the party, they're on track to have women make up 49 per cent of their candidates, the highest percentage among the parties so far.

The Green Party meanwhile, actually has a full roster of 338 candidates. Of those, 156 are women, making up 46 per cent of their candidates.

The People's Party of Canada currently has 324 candidates, meaning they've got 14 ridings left to fill. It's the first-ever federal election campaign for the party and leader Maxime Bernier has vowed to run a representative in every riding, but the party is not keeping track of the demographics of candidates.